Humans at Play:
Creators and Users

An Intercultura Consult project, realized with the support of the National "Culture" Fund, Bulgaria, with support from representatives of the business, educational and cultural sectors.

Humans at Play: Creators and Users is a project that focuses on the video game industry as a creative industry with significant economic potential in Bulgaria. 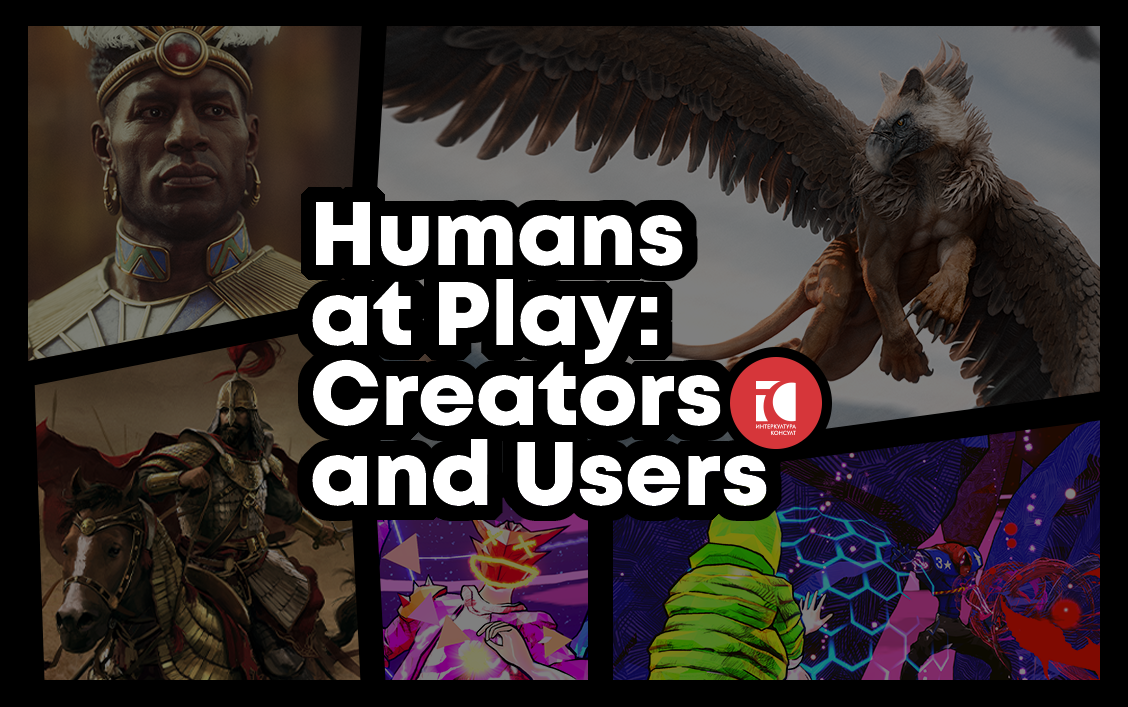 The public survey in Bulgarian is now active!

Video games, as an intersection between technology and arts, present an opportunity for conveying cultural values to the general public. The industry also provides a professional development path for creative practitioners and software engineers alike, as well as for many other professionals.

Video games, their attributes utilized in "gamification" in other spheres, and the technologies they use, also have a high potential for application in the work of various cultural actors and operators. These factors make the field significant and warrant the exploration of its potential on a large scale

Humans at Play envisages a study of the attitudes of three groups of audiences:

1. general public - game aficionados and audiences for cultural offers;
2. specialists from the video game sector;
3. creative practitioners from various fields who may develop professionally in the video game sector, or who may engage with gamification in their field of activity;

The activities of the project will explore the interest in video games as a product, as well as the potential for professional development in the sector.

The project aims to achieve greater recognition of the existing creative professions in the video game industry. It will assess the motivation of those working in the field. It will bring forward the potential for integrating elements and processes from digital interactive technologies, including video games, into creative processes from other fields. Finally, the project will analyze the potential for creators from other sectors to reach professional fulfillment in the video game industry.

Technocrats is an organization that creates educational programs in the field of: robotics, programming and green energy. The organization partners with schools and educational institutions to more effectively teach in the classroom and implement technology for a working and inspiring educational environment.

"Computer Games" is a masters’ degree program at the National Academy of Arts that aims to train specialists developing 2D and 3D art content for AAA /tripleplay/ computer games. The department aims to bring students’ education as close as possible to the conditions in which they will continue to work and create after graduation.

TaM is a place for culture and social initiatives in Veliko Tarnovo. Launched in 2012, the space became an attractive stage for contemporary art and culture. TaM regularly presents upcoming and established artists from all over the world. The program includes activities promoting participation in urban social processes. The events are suitable for English-speaking audiences, too.

BM Vision’s work is driven by its passion for new technologies and love for culture, heritage and art. In recent years, the company has focused on presenting the riches of Bulgaria through virtual and augmented reality. The company's VR presentations have received a number of awards within national and international competitions in the field of culture and business.

The city festival Sofia Game Night is dedicated to games in all their diversity and explores different aspects of them: from educational, economic and social, to the pure joy of the game. Within the framework of the festival, game creators, creative professionals, enthusiasts, organizations, institutions and entrepreneurs in the field of games provide participants in 9 Bulgarian cities with the opportunity to experience the incredible diversity of the world of games.

Plovdiv Game Jam offers a platform to all game lovers who wish to create their game prototype. The event is part of the Global Game Jam, a three-day international event in which participants, organized into teams, create an initial working version of a game on a given theme. The game development marathon, which annually unites hundreds of cities around the world, has been held in Plovdiv since 2014.

TDB Play is a company with expertise in video games, eSports and geek culture. Notable projects in Bulgaria include the #goodgame movement and the Gaming Marathon Bulgaria, as an agency the company works with clients such as Riot Games, Facebook, and ESL, among others.

Black Sea Games is an independent computer game development studio based in Sofia, Bulgaria. It was founded in November 2016 by industry veterans. The studio's goals are to create games for hardcore gamers with an emphasis on logical thinking and the freedom for players to also create and share their own "stories".

Incineration Productions is one of the fastest growing and progressive studios for game development and immersive experiences in Bulgaria. The company is primarily focused on creating their own video games, including virtual reality ones. In addition to this, the studio creates extremely high added value, by providing outsourcing for international clients in the realm of Virtual reality, Augmented reality, Crypto, Retail, TELCO and the Metaverse.

Covem 23 works in the field of computer games with outsourcing of 3D models, digital illustrations and game development. It was founded by two artists who have experience working for major companies and titles over the years.